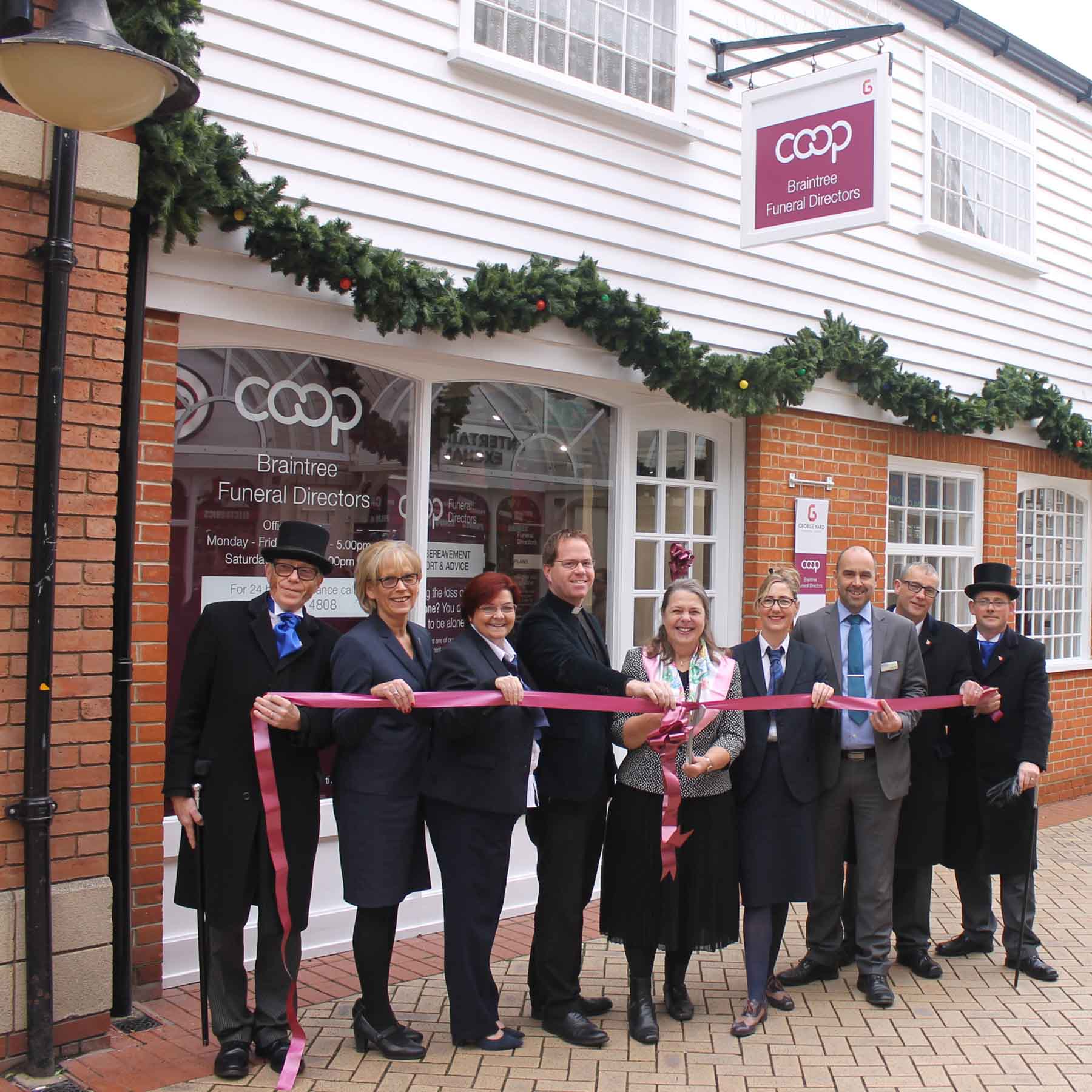 The ribbon was formally cut by Society President Susan Sullivan on 18th November 2017, during a Blessing Ceremony performed by local Reverend Rod Reid. Also in attendance were colleagues from other branches, Chelmsford Star CEO Barry Wood and curious members of the public.

Family Liaison Officers Claire and Helen, who will be based in the new branch, said: “We’re so lucky to have such beautiful and welcoming premises here, and we’re looking forward to meeting local residents and the people working with us in George Yard.”

The site will be supported by Chelmsford Star’s other local Co-op Funeral Directors on Clare Road, Braintree, which has its own church and chapel of rest.

Co-op Funeral Directors was formerly known as Chelmsford Star Co-operative Funeral Services, and it still offers the same award-winning, ethically-minded, locally-based co-operative funeral service it has provided for over 80 years. They can be reached 24/7 on 0800 0284808 and also offer free bereavement groups or 1-2-1 counselling to those that need support.