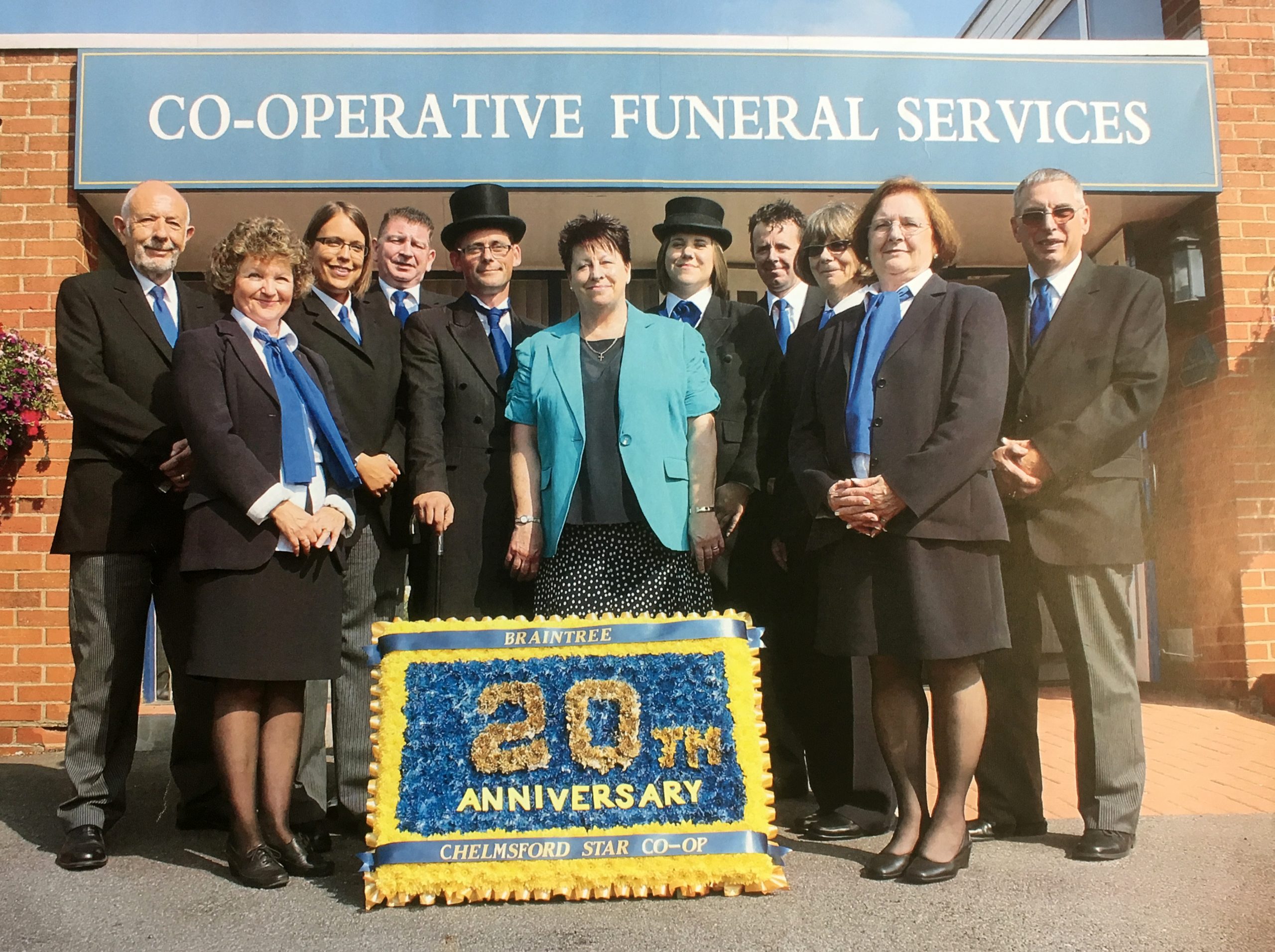 Chelmsford Star Co-operative Funeral Services has celebrated the 20th anniversary since it first opened the doors of its Braintree Funeral Home in Clare Road, near the town centre.

The branch is run on a daily basis by Family Liaison Officer Pam Goldberger, who has been there since the start. Prior to Clare Road, the Society had a funeral home at Bradford Street which Pam first joined in 1990.

This branch plays a major part in the Braintree community, including the running of its very successful weekly Bereavement and Aftercare Support Service. Now in its 13th year, this has been a lifeline too many Braintree people as the service is free to anyone bereaved, not just Co-operative clients.

On asking Pam what has been the biggest change she has seen in the business since the branch opened, she replied: “It has to be the change in the choice and style of funeral now offered such as non religious and green.

“There is also lot more care and attention given to the finer details of a funeral arrangement which allows us to satisfy individual needs. For example, many people now see a funeral as a celebration of a life and, as such, eulogies have now become more popular.”

Chelmsford Star Co-operative Funeral Service has quite a track record for providing excellent customer service and since 2003 has won 9 local business awards including 2 countywide.

Clare Road celebrated its anniversary on Wednesday 4th September with a procession of funeral vehicles through the town centre and back to Clare Road. This included the Society’s Daimlers, Jaguars, as well as a horse drawn carriage with white horses.